Castelli clothing at the Tour of Britain 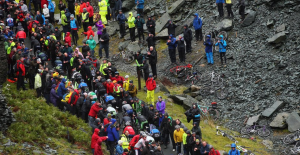 Now in itbs 10th year (in it’s current guise) the Tour of Britain has gradually become more and more popular and grown in stature. The caliber of teams and indeed riders have improved year on year to the point where the 2013 edition, which kicked off in Peebles at the weekend, has the strongest ever field for the UCI 2.1 Europe Tour race. This year sees Pro Tour riders Sir Bradley Wiggins, Mark Cavendish, Nairo Quintana, Dan Martin, Giovanni Visconti (who has unfortunately crashed out of the race), Alex Dowsett, and Jose Joaquin Rojas line up on the start line as well as a host of domestic talent such as Kristian House, Richard Handley, Mathew Cronshaw, Evan Oliphant and local lad James Moss. 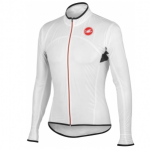 Yesterday saw the riders leave Carlisle and climb over the cat 1 climb of Honister Pass and the cat 2 climbs of Fangs Brow and Chestnut Hill, before a rolling run in to a uphill dig at Beast Banks in Kendal. The weather was typically British b it rained pretty much from start to finish b making the conditions wet, cold and slippery. Ideal for an eventful stage, then.

As the riders climbed Honister Pass they battled with the inclement weather, streams of water flooding down the road, and what seemed like Tour de France levels of spectators lining the road. 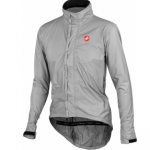 Two teams in the Tour of Britain peleton where wearing the same kit to protect themselves from the elements b the Garmin Sharp and IG Sigma Sport teams where both showcasing highly technical Castelli clothing that helped keep them dry and warm in the harsh British weather. 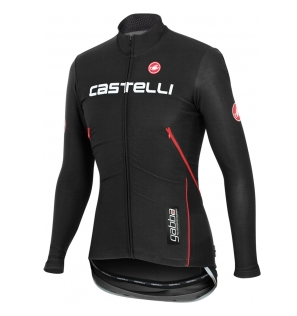 4 particular Castelli garments were widely used by the teams yesterday. When the rain began to lash down, riders not already wearing waterproofs quickly reached for their Castelli Sottile Due jacket, a lightweight showerproof shell that can be compacted to fit into a jersey pocket. Dan Martin, who attacked up Honister Pass with 2nd place Tour de France finisher Nairo Quintana, opted for the Castelli Pocket Liner, a full waterproof shell that also packs away neatly. For those who wanted rain protection from the outset found themselves riding with the Castelli Muur jacket, a heavier weight waterproof designed to be worn all day – probably the ultimate waterproof jacket available. One item of clothing that most of the riders opted to wear was Castellibs awesome Gabba jacket. This jacket is a premium technical outer layer designed to keep the warmth in and the elements out. Constructed from Gore Windstopper fabric, this race fit jacket is the probs choice not only for racing in cold stages but with being breathable, it also finds its way into the kit bag during milder conditions.

Not only that, a certain Mark Cavendish was spotted wearing the Gabba jacket to keep himself warm and dry pre and post stage b and Omega Pharma Quickstep arenbt even sponsored by Castelli!