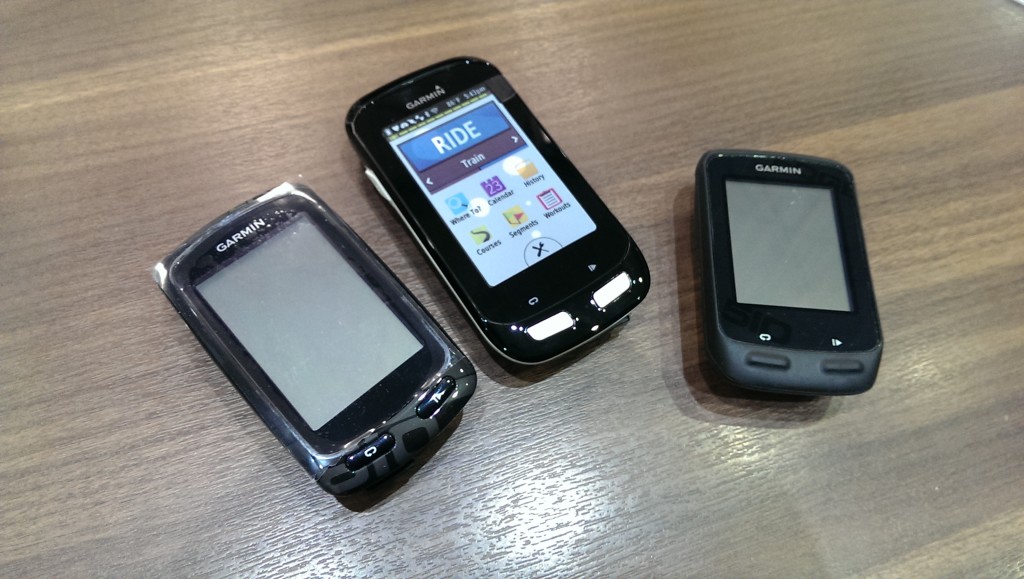 At Cycle Art, we regularly get customers asking the difference between the 3 top end Garmin GPS computers. In this article, our resident technology geek takes us through the features of the latest Edge computers and explains what it means for you the cyclist. 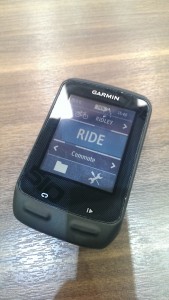 Edge 510
Garmin’s Edge 500 has been an extremely popular model, and indeed is their best selling cycle computer. It packs in a myriad of features, has a long battery life, and has a reasonably small footprint meaning it is ideal for most riders. With the Edge 510, Garmin gave their mid-range best seller an overhaul, giving it their new touch screen operating system, connected features, a colour screen, and a redesigned outer casing. Based on features for price, this is more than likely going to be their biggest seller again.

The new version of the firmware running on the Edge 510 changes the graphical interface users will have become used to on previous Edge cycle computers. The new touch screen interface allows the user to swap between bikes and activities in a much quicker and more intuitive way, simply by pressing left and right arrows on the home screen until the relevant bike and activity is selected. For instance, if you had a training bike that you used on a turbo that had speed/cadence sensor, and a race bike that had a power meter, you can now flip between the bikes very quickly, rather than rooting down into sub menus as per the Edge 500. Similarly, multiple activity profiles allows different data to be shown on the screen, and it is now much quicker to choose the activity you require. Once you have the activity and bike chosen, you press “Ride” and the correct data pages and bike information is displayed.

Another big feature of the 510, as with all of the new connected Garmin devices, is the ability to pair (via Bluetooth) your Garmin to your phone. With the 510, this allows live tracking (so a loved one can see where you are on their PC – this could be a good OR bad thing), weather updates, and automatic updating to Garmin Connect once you complete a ride. As with all Bluetooth devices, real world usage is only as good as the Bluetooth link your phone allows, but mostly this works well once the Garmin is paired up to the phone.

Battery life on the 510 is a claimed 20 hours, but as with all electronic devices this is subject to actual usage.

The main points to note on the 510 is that it doesn’t have maps, nor does it have the ability to add them (it has no SD Card slot). It is, of course, ANT+ compatible, so it communicates with compatible heart rate straps, cadence/speed sensors and power meters. It also has the ability to act as a remote control for Garmin’s VIRB cameras.

Another important feature is the fact that the 510 communicates with GLONASS, which is essentially Russia’s alternative to GPS. This means it uses both GLONASS and GPS, meaning your Garmin picks up the satellites in seconds, and has a far better chance of maintaining signal even in heavily wooded or built up areas. 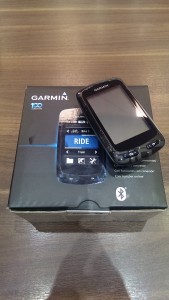 Edge 810
The 810 is far from a larger version of the 510, which is invariably what most people see when they first begin comparing. The 810 builds on the features and usability of the 510, but has a few tricks up it’s sleeve.

However, the biggest difference is the 510’s mapping. Included on the device is a basemap, and it has an SD card slot allowing expansion to more complex maps or maps for different regions than the UK.

The 810 is also works quicker when flicking through menus, and it’s touch screen is slightly more responsive than the 510.

As with the 510, the 810 is ANT+ compatible and uses Bluetooth to communicate with smart phones.

One major thing to note is that unlike the 510 and the 1000, the 810 does not use the GLONASS satellites, and is restricted to just GPS. Battery life is a claimed 17 hours. 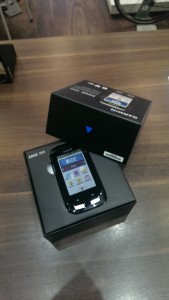 Edge 1000
The Edge 1000 is Garmin’s latest super computer. It’s massive 1.5″ x 2.5″ screen is the first thing you notice, followed by just how much this Garmin actually looks and feels like a premium smart phone. Unlike the rubber feeling 510 and the grey plastic 810, the 1000 has more glass and a gloss black surround, with silver metal buttons. Another nice cosmetic touch is the brushed metal plate in the rear of the unit with the Garmin Edge logo etched into it – something you’ll never see but does demonstrate the premium nature of the 1000. To the rear, the unit has a rubber cover that peels back in two places, one to reveal an SD card slot, the other the USB port (which interestingly enough is a micro USB port unlike the mini USB ports used on the other Edge computers – this allows for greater compatibility as more and more phones and devices are using micro USB). Even the packaging on the 1000 is more upmarket – think Apple iPhone versus a cheaper smart phone.

In addition to the upmarket look and feel, bigger screen and impressive packaging, the 1000 flexes it’s muscle in several ways. Most significantly, 1000 comes loaded with a cycle map of Europe – and these maps have free updates for the life of the device. Additionally, the 1000 can be used either landscape or portrait – allowing said mapping to be viewed in a more natural landscape format. Another big feature the 1000 has is Garmin Connect Segments – essentially Garmin’s own version of Strava. Finally, the Edge 1000 is compatible with Shimano’s Di2 electronic shifting, displaying which gear you are in on screen. The 1000 further simplifies the menu system and features a far more intuitive way of connecting with ANT+ devices – rather than pairing devices for a specific bike, the Edge 1000 features a sensor pool where all your connected sensors are stored and the Edge 1000 just picks the devices you are using.

The 1000 has all the same ANT+ and Bluetooth connectivity as the 810 and 510 for compatible ANT+ devices and pairing with a smart phone for live tracking, and retains the GLONASS satellite support of the 510 that is missing from the 810. The 1000 also has Wi-fi support, so data can automatically be synced with Garmin Connect at the end of a ride. You can also share your data with other Edge 1000 users. 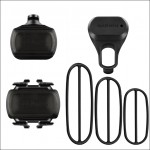 One final feature is the re-designed speed/cadence sensor. The standard GSC 10 sensor that has been around for years now is replaced with 2 new units, one for speed only and one for cadence only. The speed unit wraps around the rear wheel hub (so it can be used on a turbo trainer) and the cadence unit is attached to the non drive side crank and uses an accelerometer (like a phone uses to sense screen orientation) to measure pedal revolutions.

Battery life is a claimed 15 hours, but again, this will be subject to real world usage.

In conclusion…
Garmin Edge 510 – buy if you want a small, easy to use unit ideal for racing, training and all day riding

Garmin Edge 810 – buy if you want the features of a 510 with the added option of basic navigation, a bigger screen, and slightly more responsive usage

Garmin Edge 1000 – buy if you want full on navigation, the ultimate training and racing companion, or just like to have the latest piece of technology