In the spotlight… the Cervelo R Series 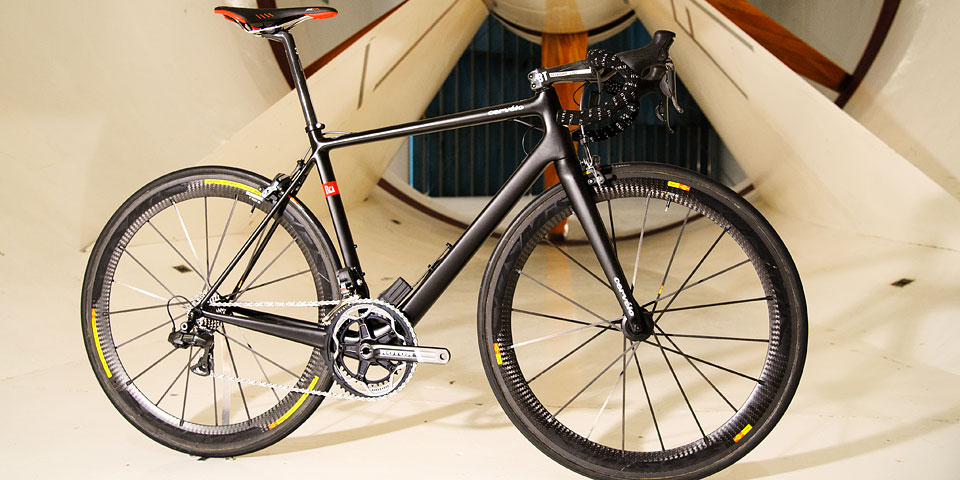 In the second of our “In the spotlight” series, we look at Canada’s most famous cycling export (alongside Svein Tuft, Alison Sydor, Michael Barry and of course, Ryder Hesjedal).

It’s hard to believe, given their elevated status in the bike industry, and the fact that it feels like they have been a permanent fixture of the professional peleton, triathlon, and Iron Man competition for many years, that Cervelo was only formed in 1995. In just 18 years, Cervelo have gone from a tiny start up to being one of the most desirable brands in cycling.

Cervelo was founded by Phil White and Gerard Vroomen. Prior to Cervelo, the pair were working as engineers in bicycle and Human Powered Vehicle design, before being approached by two time world champion Gianni Bugno to design the fastest possible time trial bike for him. The bike they came up with was groundbreaking – too groundbreaking for Bugno’s sponsors and the bike was never raced.

Undeterred, and with multiple athletes interested in their unique approach to bicycle design, later that year with just two models in their range, White and Vroomen started Cervelo. The rest, they say, was history.

By 1998, Cervelo had multiple national time trial championships to their name. In 2001, the P3 was launched, and quickly established itself as the standard by which all time trial and triathlon machines were measured. The following year saw the introduction of the Soloist, the bike that started the aero bike revolution. In 2003, Cervelo became the bike supplier for Team CSC – making them the youngest ever bicycle company to sponsor a pro tour team – a sponsorship deal that would last six years and see Team CSC climb to be the number 1 ranked Pro Tour team.

With Carlos Sastre winning the Tour de France on board his Cervelo R3SL, Cervelo found itself being hailed as one of the most desirable bicycle brands on the planet.

For our “In the spotlight” feature, we look at the single most important product launch from 2005, when Cervelo launched the groundbreaking R3, the first ever Cervelo to use the company’s proprietary Squoval tubing, a concept that Cervelo still use in today’s R Series of frames. The R3 essentially set the mould from which all future lightweight Cervelo road bikes would be made, and quickly established the R Series bikes as a standard by which all other lightweight or “climbing” bikes would be measured.

Over the years, the R Series bikes have gone through a process of evolution rather than revolution, which only demonstrates the confidence Cervelo (and it’s customers) have in their product.

For 2014, both the R5 and R3 are brand new, and Cervelo took the lessons learned with the development of the spectacular Project California and applied them to a production road bikes. In order to understand the R5 and R3, we must first take a closer look at the California.

In 2008, Cervelo began an engineering project based in California to research into methods of producing lighter and stiffer bicycle frames. Rather than outsourcing the research, or head hunting experts from other industries, Cervelo developed their own staff and facilities. The result of of this ambitious project was the R5ca, a bike frame Cervelo claim is 100 grams lighter and 20% stiffer than it’s nearest competitor. In 2012, the R5ca was ridden by Ryder Hesjedal to victory in the Giro d’Italia, proving it’s credentials as a super bike.

The Rca
Cervelo never sit still. If they did, competitors in the fast moving bicycle industry would over take them and their products would be out of date. The lessons learned when developing the R5ca were translated into a production bike in the form of the R5, and work began on the next version of the Project California bike.

In 2013, Cervelo launched the groundbreaking Rca. 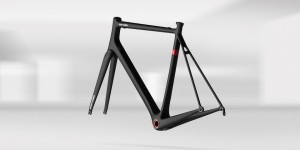 For the first time, Cervelo’s California team joined forces with the Toronto team to combine the knowledge of the lessons learned developing the S series of bikes with that of the Project California. The aim was to not only improve the structural design of the R5ca, but also to increase the aerodynamics. The RCA went through 93 different frame shapes and 279 Finite Element Analysis tests until the engineers were happy with the RCA and their new Squoval3 tubing profiles. Cervelo opted to use special high grade 3M PowerLux composites and resins which offer superior stiffness to weight, and to increase steerer tube strength they use a proprietary Integran/PowerMetal Nanovate coating technology. The result was a frameset that weighs under 700 grams and offers an aerodynamic saving of 7.4 watts at 40kmh. However, at B#7500 for the frameset, the RcA really is a lottery winner’s dream. 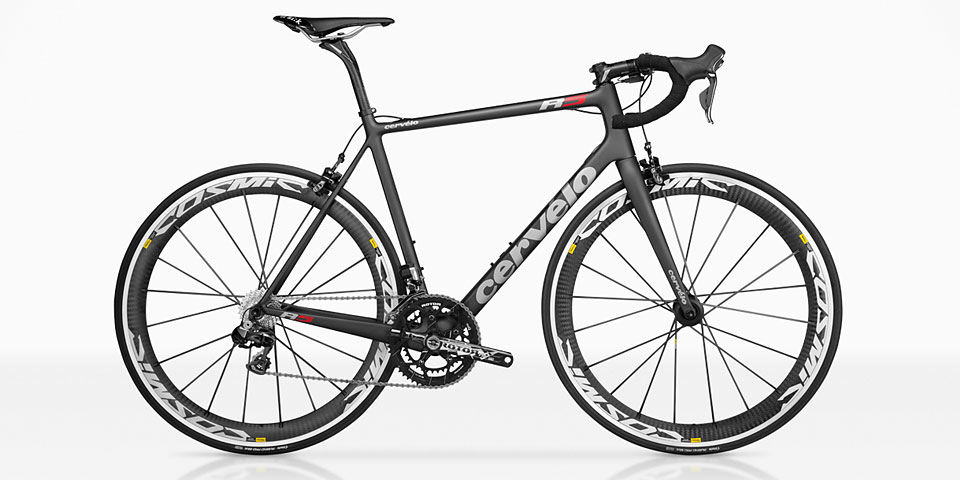 By using a slightly lower grade and more cost effective composite, whilst shifting production from California to the Far East, and electing to not use the Integran/PowerMetal Nanovate steerer tube, and using a different bottom bracket design, Cervelo can offer a production version of the Rca in the form of the R5 for half the price. The R5 frameset makes use of all the same moulds, geometry and frame design as the Rca, including the new Squoval3 tubing profiles developed by the Project California team and internal, future-proof cable routing. Cervelo claim it has a 9.5% stiffer bottom bracket and a 15% increase in torsional head tube stiffness. Weight is a claimed 808g for an average frame, making it 18g lighter than the previous R5.

Cycle Art recently sold a Dura-Ace equipped R5 to a customer, and he could not speak highly enough of the Cervelo. For the full review of his bike, visit our review centre. 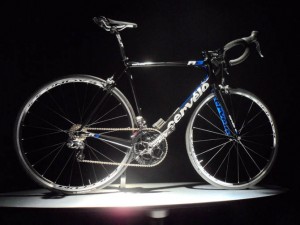 The R3, which is Cervelo’s best selling road bike, also receives a full revamp. Using the same Squoval3 tubing and internal cable routing at the R5 but with a lower grade of carbon and a different fork means the R3 weighs in at 980g, easily hitting the magic sub 1kg mark. Not only that, it still retains similar stiffness and handling as the R5 but at a more aggressive price point.

Earlier in the year, at the 2014 model range product launch, Cervelo announced they were using up stocks of the 2013 R5 frame by painting it a different colour and calling it the “R3 Dark”. Two variations were made, a 105 equipped version for B#2000 and a SRAM Force 22 equipped version for B#3000 (the frame alone is worth B#3500). By the second day of the show, UK dealers had bought up all the 105 stock, and most of the Force stock. Cycle Art currently has a 51cm and a 58cm left in stock for 2 lucky people who want them.